Menu
Log in
Register
Install the app
You are using an out of date browser. It may not display this or other websites correctly.
You should upgrade or use an alternative browser.

Anniversaries are usually a time to reflect on the past and look back at accomplishments that make you proud. So, here I am, about to rewind and relive my own journey in technology. Happy Birthday, .NET, and thank you for 20 years of innovation!

It doesn’t start with “Once upon a time…” because, well, it’s software after all. But who says version history cannot make a good story? The .NET Framework debuted in 2002 as a platform for desktop and web server applications, expanding soon after into web-based development with ASP.NET.

From the get-go though, the goal was to develop a platform that can scale and grow with your business. A platform that is open to external systems and services through its modular architecture and a fully exposed set of Application Programming Interfaces (APIs). Needless to say, the first version of Sitefinity supported .NET Framework 1.0.

Over the years, Sitefinity was rebuilt twice from the ground up: First in version 3 in 2007, and once again in version 4 in 2011. The current architecture had its foundations laid down back then.

The fundamental technologies in our product development were ASP.NET Web Forms and MVC. After so many years of supporting both, we decided to sunset the widgets and page development on Web Forms and provide a modern way to implement your frontend… More on that later, though.

Acquisition by Progress fast-tracked the Sitefinity evolution to address the growing business needs for more sophisticated, yet easy-to-use marketing tools. Sitefinity ventured into customer behavior tracking, audience analytics and personalization. Personalized and cohesive brand experiences were quickly becoming the new standard, and Sitefinity responded with the Digital Experience Cloud (DEC) that was later rebranded into what you know as Sitefinity Insight. A SaaS analytics layer built on top of Microsoft Azure.

Well, yes, that’s me, once a Sitefinity developer, always a Sitefinity buff. I guess it’s where this takes a real first-person turn. 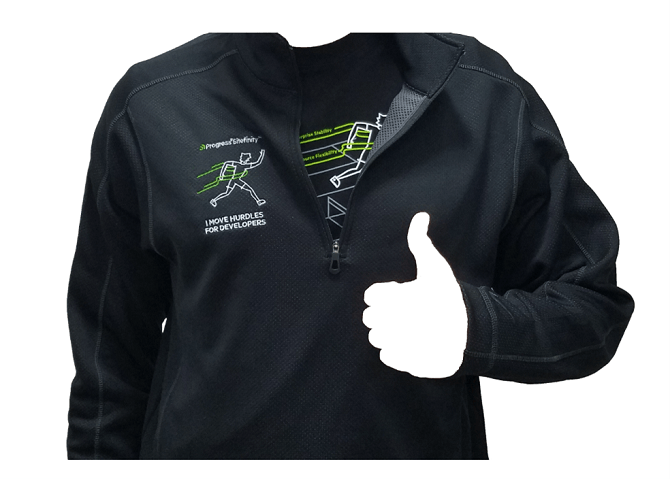 Seriously, my relationship with Sitefinity started all the way back in 2011, as a developer working on our web components suite. And yes, developing widgets for Sitefinity was fun, but I eventually moved on to something else.

However, when our paths crossed again in 2016, there was no turning back. I became a developer advocate for Sitefinity and was excited to be the link between the community of developers and partners, and the product.

Today, I am a product builder working on the future of Sitefinity and getting the most out of technological advancements. In this role, it is my responsibility to make sure we keep up with the .NET world and all the innovation it offers.

At nearly the same time I returned to Sitefinity, the .NET Framework stepped bravely into the cross-platform, open-source future with ASP.NET Core. Things were only going to get more exciting.

In 2019, the inevitable happened and Sitefinity moved to the cloud. Hosted by Progress on Microsoft Azure, Sitefinity Cloud is an enterprise PaaS solution saving adopters the need to manage infrastructure and focus instead on mission-critical digital experience projects.

Next month will mark another important milestone for Sitefinity and .NET Core. I don’t want to spoil it, so here’s just two words’ worth of a teaser: .NET 6 and Blazor. Stay tuned.

But now, it’s time for well-wishing and thanks…

Happy Birthday, .NET! The Best Is Yet to Come​ 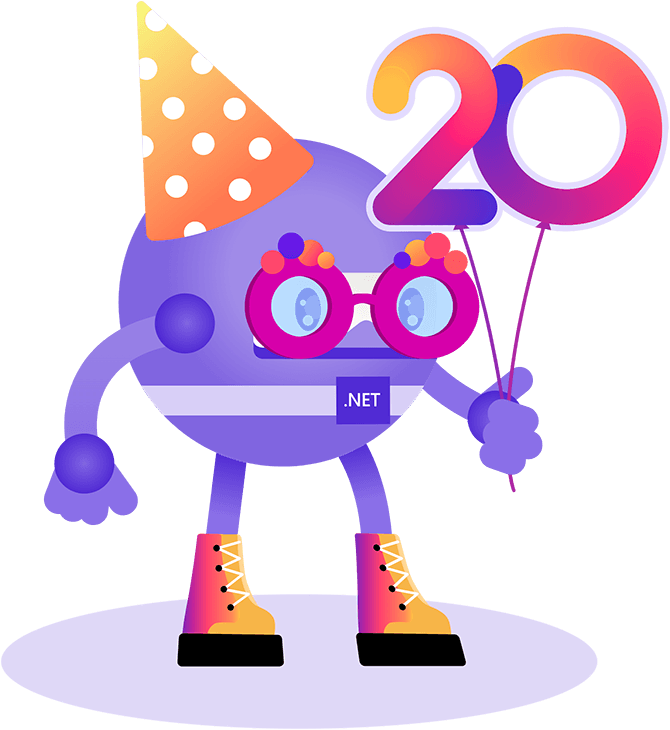 The Progress Sitefinity team and I are thrilled to have been part of a great journey. Thank you for being there for us all those years, helping us make a difference and lift hurdles for developers. Looking forward to the next 20 years and building exciting new things on a great technology. Happy Birthday, .NET!